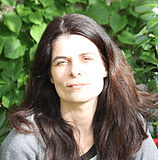 Show Academic Trajectory
Ego Network
D-Core
Research Interests
Author Statistics
Experience
Sign in to view more
Education
Sign in to view more
Bio
I am full professor at the National Institute of Applied Science in Lyon (France), Industrial Engineering department, member of the Laboratoire d'InfoRmatique en Image et Systèmes d'information (LIRIS, UMR 5205 CNRS) and coordinator of the Data Mining and Machine Learning team. I defended my phD thesis in 2002, on one of the first co-clustering method. Then, I got a one year post-doctoral position, funded by INRIA, to work with biologists to analyze their gene expression data. I was hired as associate professor at INSA-Lyon in 2003. During the first half of 2008, I got a 6 months sabbatical (CRCT) during which I joined the ADReM team of the University of Antwerp in Belgium. During 2008-2009, I obtained a delegate position at INRIA in the project-team D-net. I denfended my HDR in december 2013 on Constraint-based pattern mining approaches for the analysis of relational attributed dynamic graphs.