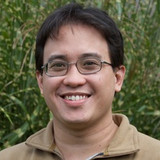 Experience
Sign in to view more
Education
Sign in to view more
Bio
Brendan O’Connor is an assistant professor in the College of Information and Computer Sciences at the University of Massachusetts Amherst, who works in the intersection of computational social science and natural language processing – studying how social factors influence language technologies, and how to better understand social trends with text analysis. For example, he has investigated racial bias in NLP technologies, political events reported in news, language in Twitter, and crowdsourcing foundations of NLP. He is a recipient of the NSF CAREER and Google Faculty Research awards, has received a best paper award, and his research has been cited thousands of times and been featured in the media. At UMass Amherst, he is affiliated with the Computational Social Science Institute and Center for Data Science. His PhD was completed in 2014 from Carnegie Mellon University's Machine Learning Department, and he has previously been a Visiting Fellow at the Harvard Institute for Quantitative Social Science, and worked in the Facebook Data Science group and at the company Crowdflower; he started studying the intersection of AI and social science in Symbolic Systems (BS/MS) at Stanford University.
Research Interests