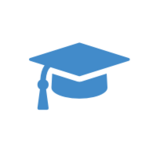 Show Academic Trajectory
Ego Network
D-Core
Research Interests
Author Statistics
Experience
Sign in to view more
Education
Sign in to view more
Bio
Bobby Bhattacharjee is a professor of computer science with an affiliate appointment in the Department of Electrical and Computer Engineering.

Some of his research projects include work on decentralized systems, including overlay and peer to peer systems, and decentralized social networks. He is interested in overlay applications, incentive-compatible protocols, wireless protocols and network security problems.

He was named an Alfred P. Sloan Research Fellow and received the National Science Foundation (NSF) CAREER Award, given to outstanding junior faculty who exemplify the role of teacher-scholars so they can further their research in their areas of expertise.