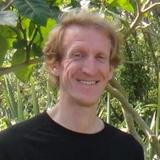 Show Academic Trajectory
Ego Network
D-Core
Research Interests
Author Statistics
Experience
Sign in to view more
Education
Sign in to view more
Bio
Ben Green is a pure mathematician who focuses on analysis, combinatorics and number theory. A key area of his work investigates prime numbers, alongside colleague Terence Tao — also a Fellow of the Royal Society. Their best known result, now known as the Green–Tao Theorem, states that there are arbitrarily long arithmetic progressions of prime numbers. He has also proved results in diverse areas ranging from group theory to combinatorial geometry. He has won numerous mathematics awards, including the Clay Research Award in 2004, the Ostrowski Prize in 2005 (jointly with Terence), the European Mathematical Society Prize in 2008, and the Sylvester Medal in 2014. He gave a section lecture at the International Congress of Mathematicians in 2006 and a plenary address in 2014. Ben is currently the Waynflete Professor of Pure Mathematics and a fellow of Magdalen College at the University of Oxford. He has presented over 200 talks in 19 countries worldwide, to mathematical as well as non-mathematical audiences.