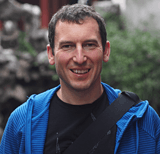 Show Academic Trajectory
Ego Network
D-Core
Research Interests
Author Statistics
Experience
Sign in to view more
Education
Sign in to view more
Bio
I studied physics in Munich at the University of Technology, Munich, at the Universita degli Studi di Pavia and at AT&T Research in Holmdel. During this time I was at the Maximilianeum München and the Collegio Ghislieri in Pavia. In 1996 I received the Master degree at the University of Technology, Munich and in 1998 the Doctoral Degree in computer science at the University of Technology Berlin. Until 1999 I was a researcher at the IDA Group of the GMD Institute for Software Engineering and Computer Architecture in Berlin (now part of the Fraunhofer Geselschaft). After that, I worked as a Researcher and Group Leader at the Research School for Information Sciences and Engineering of the Australian National University. From 2004 onwards I worked as a Senior Principal Researcher and Program Leader at the Statistical Machine Learning Program at NICTA.

Detecting and Correcting for Label Shift with Black Box Predictors.

Go for a Walk and Arrive at the Answer: Reasoning Over Paths in Knowledge Bases using Reinforcement Learning.

Go for a Walk and Arrive at the Answer: Reasoning Over Paths in Knowledge Bases using Reinforcement Learning

McKernel: A Library for Approximate Kernel Expansions in Log-linear Time

Joint Training of Ratings and Reviews with Recurrent Recommender Networks

Preferential Attachment in Graphs with Affinities.

Annotating Needles in the Haystack without Looking: Product Information Extraction from Emails

Who Supported Obama in 2012?: Ecological Inference through Distribution Regression

On Variance Reduction in Stochastic Gradient Descent and its Asynchronous Variants

The Falling Factorial Basis and Its Statistical Applications.

The dataminer's guide to scalable mixed-membership and nonparametric bayesian models