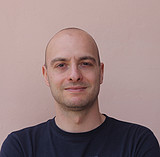 Show Academic Trajectory
Ego Network
D-Core
Research Interests
Author Statistics
Experience
Sign in to view more
Education
Sign in to view more
Bio
Alessandro is an assistant professor at Politecnico di Milano. He obtained his PhD from Politecnico di Milano in 2012. He worked as a post-doctoral researcher in the STAR research group at Università della Svizzera Italiana (USI, University of Lugano) between 2012 and 2014, and in the High Performance Distributed Computing group at Vrije Universiteit (VU) Amsterdam between 2014 and 2016. He has been a visiting research scholar at the Purdue University in 2011. Alessandro's main research interests are in the areas of distributed systems and software engineering with emphasis on the design and implementation of reactive and event-based distributed software systems. Alessandro co-authored tens of papers that appeared in international journals and conferences. He has been lecturer of courses at the bachelor, master and PhD level. He is actively involved in various international research projects that span different topics, including self-adaptive systems, monitoring systems, Wireless Sensor Networks, big data processing, and reactive programming language paradigms.