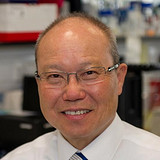 University of Glasgow
关注
立即认领
分享
关注
立即认领
分享
基本信息
浏览量：141
个人简介
Foo Yew ‘Eddy’ Liew’s research in immunology has revealed new regulatory pathways in the body’s defences against infection. This has clarified how the body strikes a balance between destroying infectious agents and avoiding damage to its own tissues, and opened the way to new therapies for conditions including rheumatoid arthritis and sepsis. Eddy was the first to show that nitric oxide (NO) — a gas with a wide range of physiological roles — kills pathogens such as bacteria that have been engulfed by cells of the immune system. Eddy has also found that NO regulates the differentiation of other classes of immune cell, and extended the inventory and understanding of cytokines — signalling molecules that mediate infection and inflammation. Born in the 1950s to Chinese migrant parents in Malaysia, trained in Australia and based in Glasgow, Scotland, since 1991, Eddy is a leading member of the immunological community across Europe, Asia and the Americas.
研究兴趣