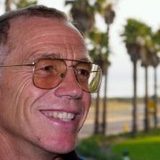 Department of Mathematics University of California Santa Barbara
关注
立即认领
分享
关注
立即认领
分享
基本信息
浏览量：128
个人简介
Michael Freedman is Director of Station Q, Microsoft’s project on quantum physics and quantum computation located on the UCSB campus. The project is a collaborative effort between Microsoft and academia directed towards exploring the mathematical theory and physical foundations for quantum computing. Freedman joined Microsoft in 1997 as a Fields Medal-winning mathematician whose accomplishments included a proof of the 4-dimensional Poincare conjecture, the discovery (with Donaldson and Kirby) of exotic smooth structures on Euclidian 4-space, applications of minimal surfaces to topology, and estimates for the stored energy in magnetic fields. Freedman has received numerous awards and honors: The Fields Medal, election to the National Academy of Science and the American Academy of Arts and Sciences, the Veblen prize, a MacArthur Fellowship and the National Medal of Science. His work since joining Microsoft has been primarily on the interface of quantum computation, solid state physics, and quantum topology.
研究兴趣