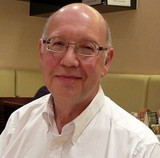 The UCL School of Pharmacy University of London
关注
立即认领
分享
关注
立即认领
分享
基本信息
浏览量：306
个人简介
Professor Stephen Neidle is a chemistry graduate of Imperial College, where he also undertook research on the structures of a number of complex natural products and antibiotics (DSc, PhD, ARCS).. After a period as an ICI Fellow, he joined the Biophysics Department at King’s College London, which initiated his interest in nucleic acid structural studies. He was one of the first Cancer Research Campaign Career Development Awardees, and has been a Life Fellow and Professorial Fellow of Cancer Research UK since 2002. He was appointed to the Chair of Biophysics at the Institute of Cancer Research in 1990 (where he was also Academic Dean 1997-2002) and moved to the School of Pharmacy, University of London in 2002 as the first holder of the new Chair of Chemical Biology. He has also been Research Director of the School. Stephen Neidle is European Editor of "Bioorganic and Medicinal Chemistry Letters", and is a member of the editorial boards of "Nucleic Acids Research" and "Methods". He was Chairman of the Editorial Board of Tetrahedron Journals 2011-13, and chaired the RSC Biomolecular Sciences book series. He is currently a member of the Wellcome Trust Peer Review College and The Royal Society Newton Fellows Panel.
研究兴趣