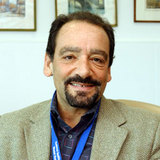 Lieber Institute for Brain Development Department of Neurology and Neuroscience, Institute of Genetic Medicine, Johns Hopkins University School of Medicine, Medicine Johns Hopkins Medical Campus
关注
立即认领
分享
关注
立即认领
分享
基本信息
浏览量：1140
个人简介
Daniel R. Weinberger, M.D., became the Director and CEO of the Institute in the summer of 2011 after leaving the National Institute of Mental Health (NIMH) where he was head of the Genes, Cognition and Psychosis Program. Dr. Weinberger is regarded worldwide as perhaps the preeminent scientist in schizophrenia research, having been at the forefront of scientific investigation of this illness and related disorders for a generation. He attended college at the Johns Hopkins University, medical school at the University of Pennsylvania, and did residencies in psychiatry at Harvard Medical School and in neurology at George Washington University. He is board certified in both psychiatry and neurology. Dr. Weinberger was instrumental in focusing research on the role of abnormal brain development as a risk factor for schizophrenia. His lab identified the first specific genetic mechanism of risk for schizophrenia, and the first genetic effects that account for variation in specific human cognitive functions and in human temperament. In addition, he and his colleagues developed the first high-fidelity animal model of schizophrenia. In 2003, Science magazine highlighted the genetic research of his lab as the second biggest scientific breakthrough of the year, second to the discovery of the origins of the cosmos. He is the recipient of many honors and awards, including the K.J. Zulch Neuroscience Prize of the Max Planck Society in Germany, the NIH's Directors Award, The William K. Warren Medical Research Institute Award, the Adolf Meyer Prize of the American Psychiatric Association, the Gold Medal Award of the Society of Biological Psychiatry, the Foundation's Fund Prize from the American Psychiatric Association, and the Lieber Prize of the National Alliance for Research on Schizophrenia and Affective Disorders (now the Brain and Behavior Research Foundation). He is past president of the Society of Biological Psychiatry, past president of the American College of Neuropsychopharmacology, and has been elected to the Institute of Medicine of the National Academy of Sciences.
研究兴趣