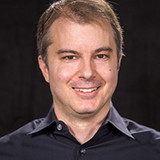 Show Academic Trajectory
Ego Network
D-Core
Research Interests
Author Statistics
Experience
Sign in to view more
Education
Sign in to view more
Bio
Gentry went on to tackle another longstanding open problem, moving beyond cryptographic bilinear maps (which have been used widely in encryption, cryptographic digital signatures, and key agreement) to multilinear maps. The potential for multilinear maps was described a decade ago, and while applications such as broadcast encryption schemes and unique signature schemes have been discussed, Gentry and his collaborators were the first to publish a plausible candidate multilinear map. In 2013, he and his colleagues leveraged those findings to present the first example of cryptographic software obfuscation, a discovery that is paving the way for the encryption of entire programs while keeping their functionality intact, thereby making it infeasible to reverse engineer the program. Drawing on techniques from mathematics and computer science, Gentry is inspiring not only a flood of practical applications but also opening doors for new intellectual pursuits across the whole of cryptography.