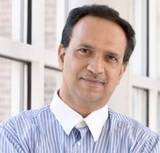 Show Academic Trajectory
Ego Network
D-Core
Research Interests
Author Statistics
ACM_Citations
Experience
Sign in to view more
Education
Sign in to view more
Bio
Dinesh Manocha is the Paul Chrisman Iribe Chair in the Department of Computer Science with joint appointments in the Department of Electrical and Computer Engineering and UMIACS.
Most recently, Manocha was the Matthew Mason/Phi Delta Theta Distinguished Professor of Computer Science at the University of North Carolina at Chapel Hill.
His research is focused on geometric and simulation algorithms with applications to computer graphics, robotics and virtual environments.
Manocha has published more than 480 papers in leading conferences and journals on computer graphics, robotics, computational geometry, databases, multimedia, high-performance computing and symbolic computation, and has received 15 Best Paper and "Test of Time" awards.
He was co-founder of Impulsonic, a developer of physics-based audio simulation technologies, which was acquired by Valve Inc.
He has been recognized with numerous awards for his research and scholarship, including the NSF Career Award, ONR Young Investigator Award, Sloan Fellowship, IBM Fellowship, SIGMOD IndySort Winner, Honda Research Award, and UNC Hettleman Prize.
Manocha is a Fellow of the Association for Computing Machinery, American Association for the Advancement of Science, Association for the Advancement of Artificial Intelligence, IEEE, and has received a Distinguished Alumni Award from the Indian Institute of Technology, Delhi.
He received his doctorate in computer science from the University of California, Berkeley in 1992.