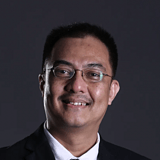 Universitas Negeri Malang Malang, Jawa Timur 65145, Indonesia
关注
已被认领
分享
基本信息
浏览量：144
个人简介
Hadi Nur was born on the 6th of May 1969. His specialty is in advanced materials and heterogeneous catalysis. His main field in undergraduate and graduate studies was chemistry and materials engineering at the Institut Teknologi Bandung (ITB). He obtained his B.S. and M.Eng. (cum laude) degrees in 1992 and 1995. Shortly after that, he continued his postgraduate studies in zeolite chemistry at the Universiti Teknologi Malaysia (UTM), as he received his Ph.D. degree in 1998. His postdoctoral studies started with a year as a UTM Postdoctoral Fellow and two years as a Japan Society for Promotion of Science (JSPS) Postdoctoral Fellow at Catalysis Research Center (CRC) Hokkaido University, Sapporo, Japan. He continued as a Center of Excellence (COE) Visiting Researcher at CRC for half a year. In May 2002, he joined the Ibnu Sina Institute for Fundamental Science Studies, Universiti Teknologi Malaysia (UTM). From 2002 to 2022, I had worked at Universiti Teknologi Malaysia (UTM), starting as a lecturer, senior lecturer, associate professor and for more than 11 years as a full professor. Beginning in 2022, I am a full professor at Universitas Negeri Malang (UM), Indonesia.
研究兴趣