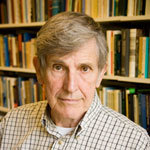 Sage School of Philosophy Cornell University
关注
立即认领
分享
关注
立即认领
分享
基本信息
浏览量：7
个人简介
In 1971, he delivered the John Locke Lectures at Oxford University. He has worked primarily in the philosophy of mind and metaphysics, and has many classic papers in both of these areas (as well as their overlap). In "Functionalism and Qualia" (1975), he argues that functionalism about mental states can account for the qualitative character (or 'raw feel') of mental states. In "Self-Reference and Self-Awareness" (1968), he argues that the phenomenon of absolute 'Immunity to Error Through Misidentification' is what distinguishes self-attributions of mental states (such as "I see a canary") from self-attributions of physical states (such as "I weigh 200 pounds"). In metaphysics, he has defended the view that laws are metaphysically necessary, a position that follows from his view of properties as clusters of conditional causal powers. He has also applied his view of properties to the problem of mental causation. He also has distinguished contributions to the literature on self-knowledge and personal identity, where he defended a Lockean psychological continuity theory in his influential paper "Persons and their Pasts". In his recent work on the content of perception, he has argued for a distinctive version of internalist representationalism.
研究兴趣